Here are the top ten most egregious lies from Episode 4 of The Truth about Vaccines.

One: Episode 4 of Ty Bollinger‘s The Truth About Vaccines opens with a discussion about influenza.  Neil Z. Miller makes a claim that the CDC fabricates the annual flu death statistics. This is not true. First of all, the CDC does estimate annual flu deaths, but that is not the same as fabricating.  Here is a good explanation of how they estimate these numbers. One thing that Neil and Ty discuss is pneumonia death rate. Neil claims ” one of the statistical issues is that the CDC places deaths from pneumonia along with deaths from the flu into the same category.” Neil fails to acknowledge that “many seasonal flu-related deaths occur one or two weeks after a person’s initial infection, either because the person may develop a secondary bacterial co-infection (such as bacterial pneumonia)” or some other complication. In other words, having influenza can lead to pneumonia. The cause of death is still related to influenza, however, so it is appropriate to put these two in the same category. Thus, when the CDC reports 55,227 deaths in one year from influenza and pneumonia, they are doing so because they are related.  There are many “reasons that CDC and other public health agencies in the United States and other countries use statistical models to estimate the annual number of seasonal flu-related deaths.” They certainly are not, as Neil claims, making things up. 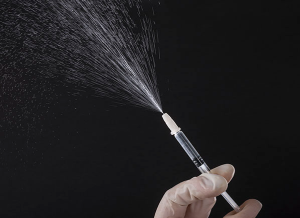 Two: Suzanne Humphries says Flumist nasal flu vaccine was “very bad and it wasn’t that great before and it was spreading influenza.” This is untrue. In the USA, the Flumist had four strains of influenza in it, making it a quadrivalent vaccine. In Canada, Flumist had three strains. Studies in USA showed the quadrivalent version had only a 3% efficacy rate, compared to 63% for flu shot for 2015-16. On the other hand, studies in Canada showed the trivalent vaccine was highly effective. So, the problem was not the live mist vaccine, but something to do with that added strain. And, there is no evidence to support Suzanne’s claim that the mist was spreading influenza.

Three: The Cochrane Collaboration says flu vaccine does not work. In reality, this comes from one paper written by Tom Jefferson, a physician based in Rome and a member of the Cochrane Collaboration, a highly respected international network of researchers who appraise medical evidence. Cochrane Collaboration is an independent, non-profit, non-governmental organization consisting of a group of more than 37,000 volunteers in more than 130 countries. They are highly reputable but not everyone agrees with everything they publish. And, this particular idea that flu vaccine does not work, per Tom Jefferson, is controversial. Jefferson has aligned himself with some pretty unscientific characters. And, his ideas have been questioned by many. Basically, Jefferson thinks that because influenza vaccine does not work great, it is useless. Others argue that it is not a great vaccine but better than nothing. To quote Dr Mark Crislip, “I have discussed flu vaccination multiple times in the blog. The question is not IF influenza vaccination works. It does. It is the  magnitude of the effect and in what populations it is effective that is the question.   The preponderance of information suggests the for most of the endpoints above, the influenza vaccine has beneficial effects. It’s not a great vaccine but better than nothing.”

Four:  Ty and RFK discuss thimerosal and RFK says it was only removed from three vaccines. They say nothing about how thimerosal is not in any pediatric vaccines except multi-dose flu. The FDA has information on vaccines and thimerosal. You can read the pediatric vaccine list here and easily see that only multi-dose flu vaccines have thimerosal. Tripedia, a DTaP vaccine, is no longer used.   Neil says “they” are only saving 15 cents per dose by using multi-dose vials. A discussion ensues about how children are worth 15 cents. But, the difference between multi-dose and single dose flu vaccine vials is not 15 cents.  I have no idea where they got the 15 cents but here is a list of how much pediatric vaccines cost. The Vaccines for Children program is a CDC program which provides vaccines free of cost for who might otherwise not be able to afford them.  If you look on their price list, you can see the cost for a multi-dose vial of Fluzone is $16.622 per dose for private sector providers.  It is $18.72 per dose for the single dose syringes. That is about $2 difference per dose. Not 15 cents.

Six:  Paul talks about how insurers have quality measures, mostly which include vaccine status. He claims this is pressure to conform to standards. He says insurers don’t look at any other health measures. RFK comes on to say pediatricians and doctors read no science, they just take the word of the CDC on everything. Takes a sec to plug his book. He says doctors are punished dramatically by insurance companies if they do not get a certain percent of patients are not vaccinated. He claims “you don’t cross Blue Cross.” He says if 63% of patients are not vaccines, doctors get no payments from insurers and “he suffers a terrible terrible financial punishment.” Shari comes on to talk about the Blue Cross Blue Shield provider program for Michigan providers, refers to it as the “combo 10” but fails to mention this is only for patients and providers of BCBS of Michigan. She says this applies to entire practice so doctors who have 1000 2 year olds in their practice could get $40,000 if 63% of those are fully vaccinated. This is given as the reason for firing patients. Jack comes on to claim that medical doctors are all about money and seeing the most patients in one day that they can possibly fit into their schedule. Paul claims that by not fully vaccinated all his patients, in 8 years he has lost over $1 million in administrative fees. Apparently, in his practice, vaccines are free for him to buy so any reimbursement from insurers just does into his coffers to cover administrative fees? He says pediatricians could not survive in business without financial incentives from vaccines.

I wrote about the Blue Cross Blue Shield program for Michigan providers. There are many problems with the claims made in the film.  First of all, most people opposed to vaccines  (POTVs) are not recognizing or posting that this program is only for BCBS of Michigan providers and only if they join the incentive program, called the Physician Group Incentive Program.  Secondly, POTVs are not clarifying this only works for patients insured by BCBS, with providers enrolled in the program. Thirdly, they are also not clarifying that the program is comprehensive and involves many different healthcare outcomes, not just vaccines. There are incentives for helping patients achieve healthy weight, healthy diabetes control, hypertension control, and more. Finally, POTVs are not sharing that these programs SAVE the insurance company money.

Seven: Ty comes on to claim Japan delays vaccines. A “board certified integrative oncologist” by the name of Manuela Malaguti-Boyle claims Japan gives not vaccines under age 2. Apparently, she is unfamiliar with the actual vaccine schedule in Japan. She claims this is to protect the children. She claims that in countries which do birth vaccines the children don’t do very well. If you read the Japanese immunization schedule, they do vaccinate children under age 2 years. Here is a close up of the vaccine schedule for infants and children under age 2 years.

We also know, from my three part series, that many countries vaccinate infants, many vaccinate similarly to USA, SIDS and infant mortality rates in USA are both at all time lows, and vaccines don’t cause autism.

Eight: Paul says that informed consent conversations with parents should include the risk of acquiring the disease as well as the risks associated with the vaccines. If a disease is rare, he feels it is okay to not use that vaccine. HIB is an example. This is called hiding in the herd. Paul is advocating that his patients hide in the vaccinated herd because the possibility of getting HIB or measles is rare.  But, what happens if more and more people stop vaccinating? Then, the risk of getting HIB or measles increases. So, Paul is contributing to the increase in disease rates by advocating people not vaccinate.   Joseph Albeitz, an Assistant Professor of Pediatrics at the University of Colorado, Denver, and The Children’s Hospital put it well: “It bears to be stated again, frankly and clearly.  The choice to refuse a vaccine, to “hide in the herd,” is an active decision to accept a markedly higher risk of infection, its complications, the associated medical costs and lost wages, the responsibility of spreading the disease to others should an infection occur, and to choose to undermine the very herd immunity on which we all depend.” source

Dr Janet Levatin claims “allergies were unheard of before the invention of the hypodermic needle.” They were not a known phenomenon at all. She says substances being injected into us are the reason we have allergies. She claims HIB vaccine is made with peanut oil in adjuvants in the vaccine. She says this is not disclosed due to trade secrets. She says the HIB bacterium is similar in weight to peanuts so there is also a cross-reaction.  HIB bacterium nothing like peanuts and  there is nothing related to peanuts in any vaccine.

Ten: Autism is a vaccine injury. Jeffrey Jaxon comes on to say “every child that has a vaccine injury is creating a warrior in the mother and a soldier in the father. And these soldiers will fight to the death.”  Mike comes on to compare vaccine mandates to communism. He says the vaccine industry uses the same tools as Chairman Mao and Adolph Hitler. Both Jeffrey and Mike Adams make mention of impeding violence coming from the vaccine freedom movement. I am not sure if this is a lie or not but it is certainly not a rational claim at all. If anyone is planning violence, that is domestic terrorism and will, hopefully, be treated as such. Why on earth would anyone get health information from terrorists? Personally, aside from all the lies and misinformation told in this series, what concerns me the most is the threats of violence. That is why I make this face a lot, when I watch this series. 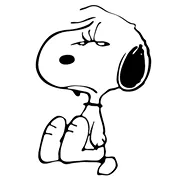 As always, think for yourself. Remember to verify all claims before you make them.

One thought on “The Truth about vaccines 4: influenza, HIB, and pneumococcal vaccines and herd immunity”