Hopefully, you get the picture from my posts about episodes 1-5 that The Truth about Vaccines is anything but truthful.  This series is really just full of misinformation and lies. For today’s post, I am going to focus exclusively on the misinformation about rotavirus vaccine and Dr Paul Offit, as presented in episode 6. This vaccine is the reason I became a vaccine advocate in the first place. You can read my story, “How a bout of rotavirus made me appreciate vaccines.” 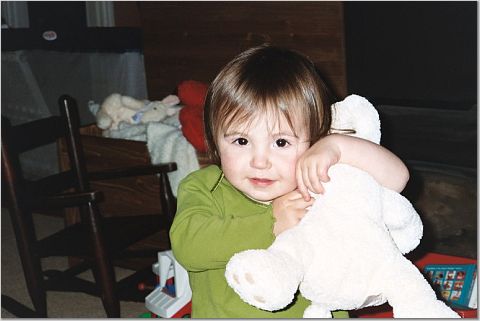 For my family, rotavirus was a terrible experience. It was 10 days (times two) of me not sleeping much at all, because my 11 month old daughter was spewing fluids from both ends every hour or so. When she was not vomiting or having diarrhea, she was nursing. If she was not nursing, she was crying. She refused to eat or drink anything else and would not take her pacifier. I took her to the doctor and was given information on how to keep her hydrated.  It was very hard on both of us and I am not exaggerating when I say that I experienced psychological trauma going through those ten days (times two). I have spoken with other moms who’ve experienced severe rotavirus in their babies and they understand and feel the same way.  14 years later, I still get upset and teary just thinking about it. It was godawful.

With all this in mind, watching the “experts” in the Truth about vaccines talk about rotavirus was painful.

First, Robert F Kennedy Jr implied that the only reason Dr Paul Offit invented the rotavirus vaccine was to take part in the “vaccine gold rush.” RFK Jr, also brings up that the rotavirus inventor, Dr Paul Offit sits on the Advisory Committee on Immunization Practices (ACIP) and holds a chair at Children’s Hospital of Philadelphia (CHOP) that is financed by Merck. . It is claimed that Offit voted to add the vaccine to the schedule and then later sold the patent for millions of dollars.  The implication is that because Dr Offit is a “vaccine industry insider,” and this vaccine was put on the market for nefarious reasons.

Next, Jennifer Margulis calls rotavirus “a pretty benign disease.”  She also claims that the decrease in rotavirus incidence has led to an increase in norovirus rates and “that is much more virulent than rotavirus.”  She says ” The theory that I have behind that is that since rotavirus, which was relatively benign, that almost every child in America got before age five and recovered from—no child in America has ever died from rotavirus with the exception of that kid that poor Paul Offit saw when he was a young doctor. Kids in America don’t die of rotavirus. There’s no reason to be giving the rotavirus vaccine.” (Note: Margulis is referring to a story Dr Offit tells of being unable to treat an Appalachian girl with rotavirus, due to her severe dehydration, and how that spurned him to study the disease.)

Then, Dr Paul Thomas, who does not give his patients rotavirus vaccine, claims that his patients who got the vaccine elsewhere have more diarrhea and ER visits than his patients who were not given this vaccine. (Please note he presents no actual data for us to verify his claims nor has he published any data.)  Thomas also says the rotavirus vaccine is contaminated. Barbara Loe Fisher also claims dangerous porcine viruses are in rotavirus vaccines and Sayer Ji implies porcine viruses “are able to infect children with a virus that goes into potentially their germline” and they are in the “same category as HIV, which is associated with AIDS.”

Let’s dive in to these claims.

The first rotavirus vaccine came on the market in 1998 and was called RotaShield. Pretty soon after, it was noted that some infants were experiencing intussusception soon after vaccination. Rotashield was pulled from the market and studied and an increased risk found between the vaccine and intussusception.  “Intussusception from all other causes is most common among infants in the first year of life; 1 child in 2,000 children to 1 child in 3,000 children is affected before one year of age. Based on the results of the investigations, CDC estimated that one or two additional cases of intussusception would be caused among each 10,000 infants vaccinated with RotaShield® vaccine.”

Please note that infants can get intussusception even when unvaccinated.

Seven years passed before another rotavirus vaccine was on the market. RotaTeq, from Merck, was invented by Drs Fred Clark, Stanley Plotkin, and Paul Offit and licensed in 2006. Rotarix, fromGlaxoSmithKline Biologicals, was licensed in 2008. Globally, there are other rotavirus vaccines. Dr Offit did not sit on the FDA committee that approved any rotavirus vaccine and he was not a member of ACIP, as RFK Jr claims, at the time they voted to recommend adding rotavirus vaccine to the immunization schedule.  The patent for RotaTeq was sold for $182 million but by CHOP, not the doctors who invented the vaccine. As co-inventors, each of the three doctors split 10% of that three ways. Keep in mind that they spent 25 years working on that vaccine, nearly all vaccines in development never make it to market, and they never knew if their vaccine would succeed until it did. As Dr Offit himself states, scientists don’t research vaccines for money. “You do it because it’s fun and because you think you can contribute. And the reward for creating a vaccine was also never financial. The reward was watching this vaccine dramatically reduce the incidence of rotavirus hospitalizations in the US and now getting to watch the vaccine enter the developing world in countries like Mali, Bangladesh, Vietnam, Ghana, and Nicaragua. That’s why we did it.”

Jennifer’s claim that rotavirus is a benign disease is easily negated by the facts:

Dehydration is the major concern for infants with rotavirus.  Globally, 3.4% of child deaths are from dehydration and rotavirus. Most deaths occur in the poorest countries, but rotavirus was still a health concern in USA, before the vaccine. In the prevaccine era, in the USA, 95% of children under five experienced at least one rotavirus infection by age five.

“Rotavirus infection [in USA] was responsible for more than 400,000 physician visits, more than 200,000 emergency department (ED) visits, 55,000 to 70,000 hospitalizations, and 20 to 60 deaths each year in children younger than 5 years. Annual direct and indirect costs were estimated at approximately $1 billion, primarily due to the cost of time lost from work to care for an ill child. In the prevaccine era, rotavirus accounted for 30% to 50% of all hospitalizations for gastroenteritis among U.S. children younger than 5 years of age; the incidence of clinical illness was highest among children 3 to 35 months of age. Infants younger than 3 months of age have relatively low rates of rotavirus infection, probably because of passive maternal antibody, and possibly breastfeeding. Rotavirus infection of adults is usually asymptomatic but may cause diarrheal illness.”

And she claims norovirus is worse than rotavirus. Rotavirus is 3 to 8 days of terrible diarrhea and vomiting that can be severe in infants. Norovirus is 12 to 48 hours of vomiting and diarrhea. Rotavirus used to cause 200,000 ER visits a year and 50,000-70,000 hospitalizations a year, pre-vaccine.  Norovirus rates vary from year to year but, in bad years, it has also caused as many as 250,000 ER visits and 50,000-70,000 hospitalizations. As you can see by this graph of hospitalization rates for norovirus, norovirus rates clearly go up and down and have not risen dramatically, other than the pandemic years, since rotavirus vaccine was licensed. And, rotavirus did not only kill the one child Dr Offit met as an intern. It killed as many as 60 infants a year, pre-vaccine. Clearly, Jennifer Margulis is wrong.

Dr Paul Thomas’ claims about his own vaccinated patients being sicker than those who did not have rotavirus vaccine are unable to be verified. There are no better than rumors or anecdotes. I could counter with my own anecdote that I have only had a gastro infection once in my life, never had noro or rota viruses, my younger (vaccinated for rotavirus) daughter has never had a gastro infection in 9 years, and my oldest has never had a gastro bug since she was 14 months old and recovered from that second round of wild rotavirus. Harrumph!

Finally, the porcine dna issue has been studied at great length and not found to be a health concern by anyone reputable. Keep in mind that people opposed to vaccines present a lot of concerns about dna in vaccines without regard to the fact that we eat, breathe, and drink non-human dna all day, every day.  They fear that we are going to turn into mutants, like The Fly. If non-human dna were a health risk, I would be half cat, thanks to these guys.

Remember to think for yourself,

11 thoughts on “The Truth about vaccines 6: rotavirus”